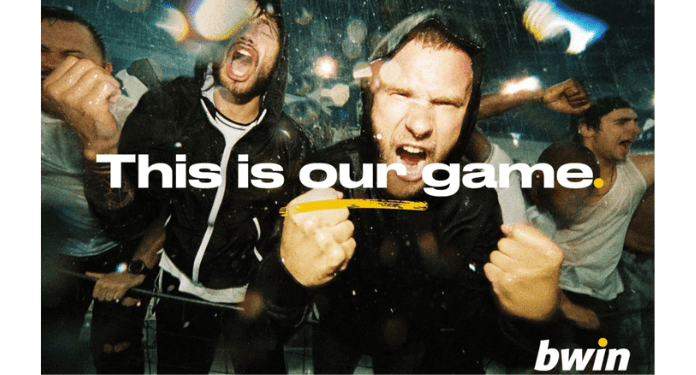 Bwin has launched a new advertising campaign for football and sports betting enthusiasts. The brand said the campaign, titled ‘Love knows no boundaries’, is “all about the fans – bringing them together through the love of football”.

The bookmaker is a partner of the UEFA Europa League and the UEFA Europa Conference League. The cross-platform campaign will be broadcast on television, online platforms and in stadiums in all major Bwin markets. Additionally, it will be a short film featuring fans from around the world demonstrating what it’s like to be a fan of the sport.

“With the launch of our new Europe-wide campaign, we at Bwin are taking an important step towards a uniform and distinctive international brand positioning for customers,” said Stephan Heilmann, Managing Director of Bwin Europe.

“It will allow us to position ourselves consistently in high-end environments across domestic and international football, making our brand visible to our customers wherever the ball rolls.”

The executive adds: “By teaming up with the UEFA Europa League and the new UEFA Europa Conference League, as well as DFB competitions and our partners, we have created an important foundation to underline our market leading position in quality and responsibility.”

“From this platform, which also includes corresponding partnerships in other countries, we aim to reach fans in regulated sports betting markets around the world,” Heilmann added.

Bwin, one of the leading sports betting brands in the world and in Europe, belongs to Entain, a group that has a large portfolio of established brands in the segment, such as: Bet.pt, Coral, Crystalbet, Eurobet, Ladbrokes, Neds and Sportingbet.

Additionally, the group has proprietary technology for all of its major products, offering services to various third-party customers on a B2B basis.