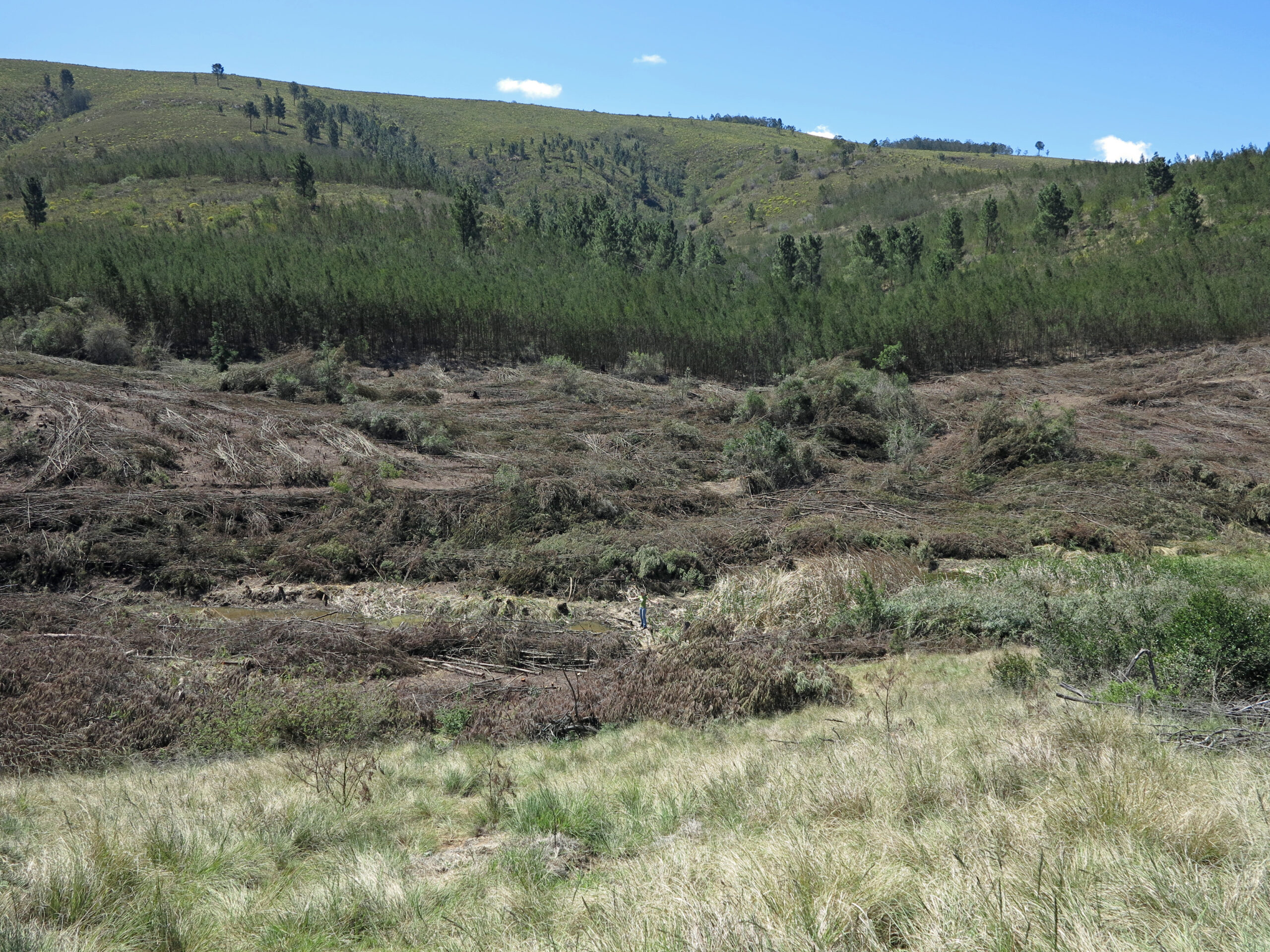 “We need a global advertising campaign that inspires people to start saving the Earth’s biodiversity that we all depend on and are currently losing at an alarming rate,” says South African scientist, Professor Emeritus Richard Cowling of the African Center for Coastal Palaeosciences at Nelson Mandela University.

In an article by Cowling titled Behaviors for Biodiversity Conservation published in January this year by the Royal Society (an association of the world’s top scientists),

he strongly advocates that advertising and marketing experts must now apply the human behavior change techniques they have mastered in order to convince everyone to start caring for the Earth’s biodiversity.

It’s an interesting take from this National Research Foundation A1-rated scientist who explains that not all of the cutting-edge scientific evidence over several decades on biodiversity loss has led to behavioral change. “We continue to take far more from the natural environment than we give back to it, without thinking about tomorrow and so we need another approach,” says Cowling, whose article is part of a series of essays that the Royal Society has commissioned world experts to once again try to convince policy makers to prioritize biodiversity conservation.

Very simply, biodiversity is the diversity of all living organisms, species and habitats (terrestrial and marine) on our planet. Biodiversity provides oxygen, food, water, pollination, shelter; it influences the climate; controls the disease; maintains soil fertility… the list goes on. As humans, we are part of biodiversity and completely dependent on it, but the majority of us have forgotten that. we take it for granted and exploit it as if it were an infinite resource.

Cowling explains why: “A behavioral consequence of our ancient hunter-gatherer heritage is a tendency to ignore the future: get what you can today and let tomorrow take care of itself.” It takes us back 160,000 years to the world’s first evidence of cognitive humans who lived along the southern coast of Cape Town in South Africa. “They effectively exploited the spectacular biodiversity of the region at the time, including a wide range of edible plants, intertidal molluscs and plains game.”

Biodiversity was central to our ancient ways of life and there was more than enough to sustain us because there were only a limited number of people, which is very different from the vast human population and the level growth and consumption in today’s world.

“Since the late 1960s, the economies of most parts of the world have become increasingly ‘stupid’ in failing to respond to the reactions that have been screaming in our faces for decades: it is not possible to maintain a perpetual economic growth in a biosphere with finite natural resources and a limited capacity to absorb waste.. The results are calamitous for nature and humans. Rising per capita consumption in the developed world and rising population in the developing world rob the Earth of its resilience just when it must absorb the huge and imminent ecological shocks that climate change will bring,” writes Cowling.

He explains that unless we integrate biodiversity and focus on this natural capital to assess national prosperity, these services will continue to be neglected, undervalued, overexploited and decline further: used in the world to assess the prosperity of a nation is the gross domestic product. (GDP), which measures the total value of goods and services produced by an economy over a given period. GDP does not take into account the depreciation of capital, including natural capital. Fortunately, there is a healthy debate about how to define indices of well-being that take into consideration changes in natural, social, human and built capital.

Conservation assessments at regional levels and global scales recommend that at least 50% of the Earth’s habitat be under some form of conservation management to ensure the long-term persistence of biodiversity processes. “We will not achieve this ambitious, yet biologically defensible, goal without a profound transformation of the values, norms, and behaviors of individuals and institutions,” Cowling says.

“You need an operating model or a ‘theory of change’ to integrate biodiversity into all sectors of society. Within this framework, conservation science research must be transdisciplinary and include all streams of knowledge, including ethics, values, and social and environmental well-being. He points out that this theory or any other theory of change “will collapse unless the dominant economic order is transformed from its reliance on fossil fuels and perpetual economic growth as the primary source of human well-being. “.

The best advertising agencies must be part of the model, he continues: “Social marketing of desired behaviors must be undertaken at scale to engender pro-nature behavior through compelling marketing campaigns. For many years they have convinced us to buy all sorts of things we don’t need, many of which are not good for us, and so they can surely use their techniques to accelerate positive social change by integrating biodiversity for the common good. They should be able to do this with relative ease, because we are governed by behaviors that have been ingrained in our brains since we became modern humans, and biodiversity is one of them. We depended on it for everything in the past – we picked it, caught it and ate it – and we still do, but it’s wrapped up for us, which has separated us from our origins.

Cowling says marketing campaigns need to create restaurant champions, engendering a passion for the natural world in young people by appealing to their tastes. It uses the Crime Pays But Botany Doesn’t YouTube channel where the narrator goes into the field and shares the fascination of plants.

Here’s how the channel is described: “A crude, understated approach to plant ecology and evolution as muttered by a misanthropic Italian from Chicago. Amid mild profanity and general irreverence, we examine plant life (the base of Earth’s food chain) and the nature of the rocks and soil on which they grow…the purpose of this chain is to both to educate people and kindle the fire of curiosity on their asses, hopefully inspiring them to get out there, observe and question the living world around them.

“We need people to understand that protected environments are not there to exclude people, they are there to ensure our collective sustainability through healthy natural environments. Programs such as Working for Water, which eliminate exotic tree infestations in our watersheds and free up our invaluable water resources, must be prioritized and considered essential services. We need these services to be integrated with municipal services,” adds Cowling.

“Humans have the potential to change quickly like we have in the past, and that gives me hope.”

“It will be disruptive change and there will be people who will resist it – like people who think global warming is a hoax – but more importantly we have cooperative behaviors built into our evolutionary roots as part of our survival, and if we can tweak this meme and let it explode with the right imagery and the right wording, we could see a lot of changes,” he says.