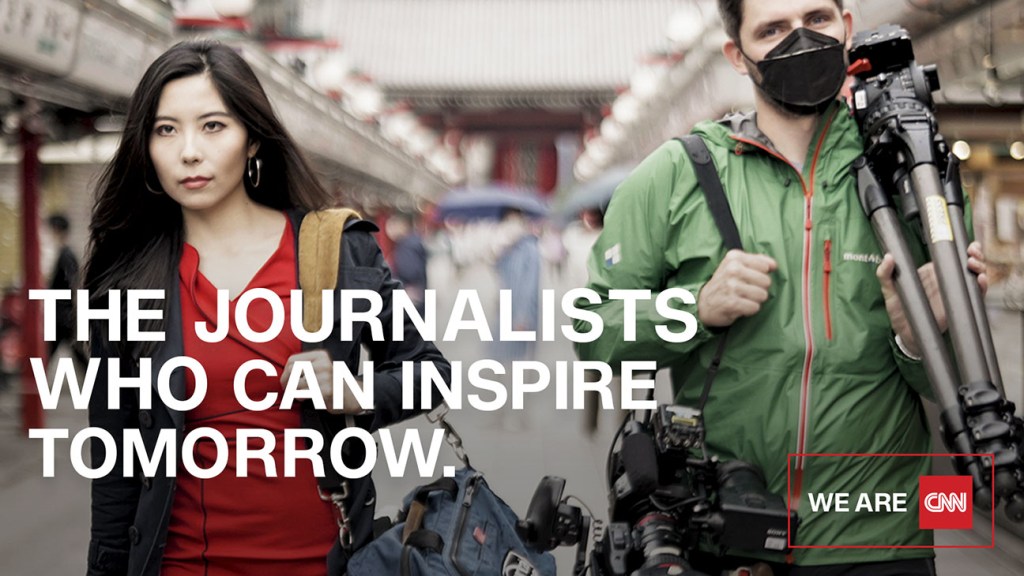 By: Royce B. Ogorman
In: Advertising campaign
Tagged: vice president
With: 0 Comments

The campaign, “We are CNN”, will feature a 60-second spot titled “The Screen Where It Happens”, as well as a 4-minute film titled “The Work That Continues”, each highlighting on-air talent. , behind the -stage team and senior management.

The short opens with CNN founder Ted Turner speaking at the channel’s launch. â€œWe hope the Cable News Network will bring a better understanding of how people from different nations can live and work together, in brotherhood, kindness and peace,â€ said Turner.

The campaign was led by Johnita Due, senior vice president of CNN and head of diversity, equity and inclusion for WarnerMedia News and Sports. Due tells Hollywood journalist they have made more than 60 shoots in 6 countries for the film and the spot.

â€œIt’s at the heart of who we are and it’s something we want the world to know,â€ Due said. â€œWe want our external consumers to understand that internally we work very hard to empower diverse and underrepresented voices, we work very hard every day to make sure that the stories we tell and the way we let’s tell them make the difference. “

In a note to staff on Tuesday, Due and CNN chief Jeff Zucker wrote that “What sets us apart for our audiences and our users is not just the stories we tell, but what each of you contributes – and the personal experiences and perspectives you bring to our content and storytelling.

“As the title of the short film indicates, work must and will continueÂ», Continues the memo (theirs in bold). â€œOur progress against DCI’s past and current efforts should inspire all of us to do more. This work is at the heart of who we are today and what we can become. It is a collective responsibility that we all share.

Due says that while the company has produced sizzling coils highlighting its DCI efforts in the past, this is the first time it will feature them outside of recruiting events and trade shows.

â€œWhat we discovered last year with the video we produced in the midst of a global calculation on race and in the midst of a global pandemic, is that this narrative around our DCI efforts and our commitment to them can be so powerful that we didn’t want to limit it to just the occasional visualization at recruiting booths, or during speeches or panels, “explains Due.” So this year we really got into it. something bigger We just thought it had to be a large-scale effort.

As it turns out, the new campaign comes as CNN is in the midst of what Due calls a “turning point in the history of our organization.”

â€œI don’t remember that we have ever had so many openings at once,â€ adds Due. â€œNot just because of CNN +, but we also have a linear opening. Recruiting is important to us, but more importantly, we have decided that we want our audiences, and people outside, to understand what our values â€‹â€‹are. And diversity, equity and inclusion have always been part of our core business.