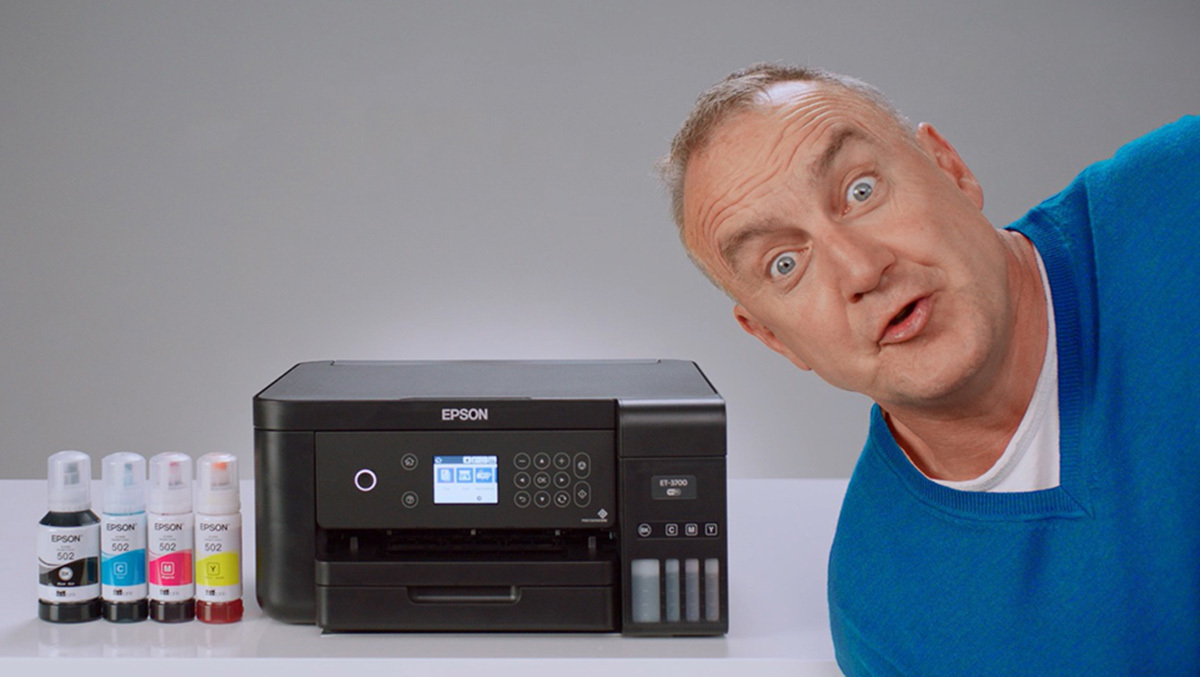 Epson celebrated its status as world number one in terms of market share in continuous ink supply system printers with its second TV, radio, VOD and digital campaign led by comedy legend Jimeoin in New Zealand and in Australia. According to Epson, the company’s EcoTank models now account for 74% of all printers sold in the category in New Zealand alone.

The two-month campaign incorporates multiple channels, including free and catch-up TV, digital, radio and social media. The campaign sees Jimeo at the center of promoting Epson’s EcoTank printers and their ease of use with their oversized ink tanks that hold enough ink in the box to print thousands of pages.

In addition to selling over 67.9 million units, the EcoTank system is doing its part for the environment. By saving on plastic, which is the main component of ink cartridges, CO2 emissions from manufacturing are considerably lower than they would have been if all of these units had been cartridge printers.

Epson believes that by using large refillable ink tanks, EcoTank printers can save customers thousands of dollars compared to cartridge printers. When finally an EcoTank runs out of ink, refill bottles start from just $17.99 each for thousands of extra pages of ink and hassle-free continuous printing. Plus, because EcoTank printers use its patented heatless PrecisionCore printheads, Epson says they also consume less energy, especially when compared to power-hungry laser printers.

Epson’s EcoTank technology has been used across the company’s range of consumer, small business and professional printers. Refill bottles are specially designed to only fit the correct refillable reservoir, making refills easy and mess-free. From the consumer-focused EcoTank ET-1810, to the all-in-one EcoTank Photo ET-8550 for photographers and the EcoTank Pro ET-16600 for small businesses, Epson’s EcoTank range now addressed to most users.

Jimeoin is an Irish comedian and actor who has entertained audiences in his adopted country of Australia since the early 1990s. To mark Epson’s new campaign, Jimeoin gave a hilarious performance to all staff at Epson Australia and New Zealand during their recent ‘Kick Off’ meeting at Commbank Stadium in Sydney.

Epson New Zealand offers a wide range of image capture and output products for the commercial, industrial, consumer, professional, photography and graphic arts markets. The company is also a provider of value-added point-of-sale solutions, as well as projectors for home, office and education.