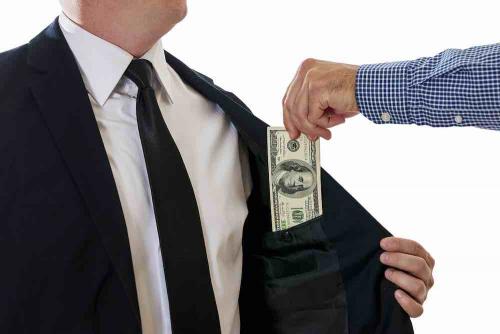 The Department of Justice Antitrust Division (“DOJ”) continues to investigate hiring practices in a number of industries for potential violations of antitrust laws as part of its efforts to review, and in some cases , criminally prosecute companies and individuals who enter into agreements with their competitors regarding the hiring, wages and solicitation of employees.

Online advertising company Taboola recently revealed in a Securities and Exchange Commission (“SEC”) filing that the DOJ is conducting an antitrust criminal investigation into its hiring practices. Taboola filed the filing with the SEC ahead of its merger with Ion Asset Management, a deal that will make the company public. Taboola explained that she learned of the investigation in April this year and fully cooperated with the investigation.

Details of the investigation are scarce, but it looks like the latest action is part of a larger DOJ investigation into the advertising industry. Taboola did not comment on the nature of the hiring practices that caught the DOJ’s attention, or other potential topics of the investigation. The company said, however, that it “does not believe that his conduct violates applicable law.”

The Taboola antitrust criminal investigation is the latest example of DOJ’s recent focus on labor markets. The DOJ has warned that anti-competitive labor market deals could be the subject of criminal prosecution since late 2016, when it issued guidelines in conjunction with the Federal Trade Commission (“FTC”) to this effect. While the agency had been active enough in introducing enforcement measures against companies for allegedly entering into no-poaching agreements – illegal agreements not to hire a competitor’s employees – these lawsuits were resolved through civil settlements rather than criminal plea agreements.

The landscape of antitrust enforcement in this area has changed dramatically after the release of the 2016 guidance. Justice Department officials have publicly noted on several occasions since that criminal enforcement of non-poaching agreements and wage setting was one of their highest priorities. In recent months, the DOJ has filed its very first criminal charges against such conduct, including several in late 2020 and early this year. For example, the DOJ indicted the owner of a therapist recruiting company for participating in a wage-fixing conspiracy, a medical facility operator for his no-poaching deal, and a healthcare recruiting company. for agreeing with another contractor not to raise wages or hire each other’s nurses. Additionally, a financial services technology provider revealed in February that it was also subject to an antitrust investigation by the DOJ for its hiring practices.

The DOJ’s Taboola investigation and the broader investigation of the advertising industry reflect the DOJ’s commitment to prosecute anti-competitive behavior affecting labor markets. In fact, in a recent filing in a Texas federal court, the DOJ made it clear that it even viewed non-solicitation agreements as criminal violations of antitrust laws, stating, â€œAccording to long-standing precedent, conspiracies between competitors that fall into certain categories, including market award agreements, are inherently illegal without further investigationâ€¦ Non-solicitation agreements are a type of illegal market award in themselves. Given this application environment, businesses and individuals should be aware of their potentially significant exposure to antitrust laws when considering potential agreements with others regarding compensation or other employment issues. .