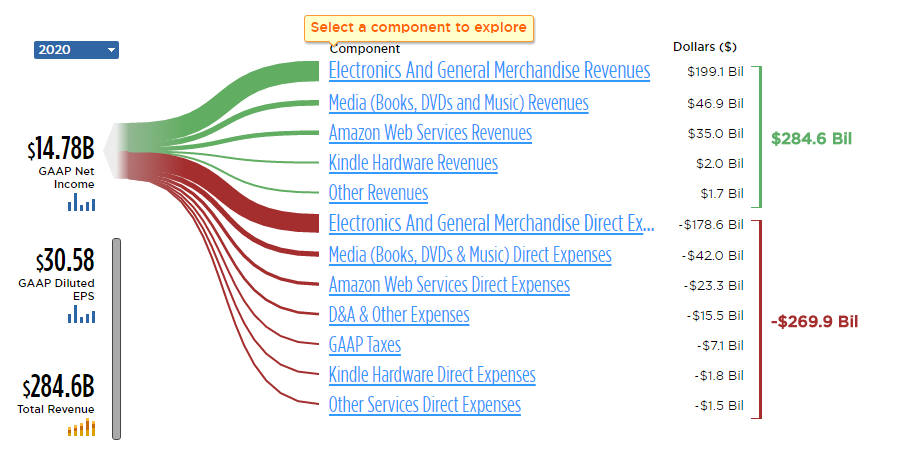 While e-commerce is its main source of income, reports suggest that Amazon has assembled a set of Google-like advertising tools and services indicating that it seeks to derive higher revenue from digital advertising. Amazon’s ad revenue isn’t huge right now, but the company is now looking to sell more ad space on its website and reportedly has ambitious online advertising plans. According to eMarketer, Amazon’s share of the U.S. digital advertising market was approximately 1.6% in 2016. While this market is currently dominated by Facebook and Google, Amazon has a strong advantage in this space given its relationship with brands and a huge database of customer shopping preferences. If Amazon focuses on online advertisements, this segment can become a profitable revenue stream for the company in the long run.

See our full analysis for Amazon

Ad revenue can contribute significantly to the bottom line

According to eMarketer, digital ad spending in the United States is expected to grow from around $72 billion in 2016 to nearly 113 billion by 2020. If Amazon manages to capture a 20% share of this market by 2020, it could generate advertising revenue of over $20 billion. Given the low margins of its e-commerce segment, these revenues can contribute significantly to the company’s bottom line. We estimate that in 2020, Amazon’s electronics and general merchandise revenue will be approximately $200 billion and that division’s direct spend will be approximately $180 billion, translating into net operating income of $20 billion for this division. Revenue generated from a higher share of the online advertising market can directly compete with its largest division, i.e. its electronics and general merchandise e-commerce segment.

As competition in the online advertising segment is intense, with Facebook focusing on videos and Google innovating in several ways to attract advertisers, Amazon is in an advantageous position. Advertising products on its platform by brands that already sell through Amazon can lead to faster and more frequent conversions. In addition, the company has other business feeds such as streaming music, videos and its virtual assistant Alexa, which can potentially provide information on other needs of its consumers such as entertainment, concierge services , etc. We believe that with a large database, Amazon can provide an advertising platform for marketers. Reports suggest Sponsored Ads will likely be introduced to Alexa soon. With its e-commerce business operating and succeeding on a low-margin model, we believe digital advertising can boost Amazon’s long-term bottom line.

Do you like our cards? Integrate them into your own posts using the Trefis WordPress Plugin.