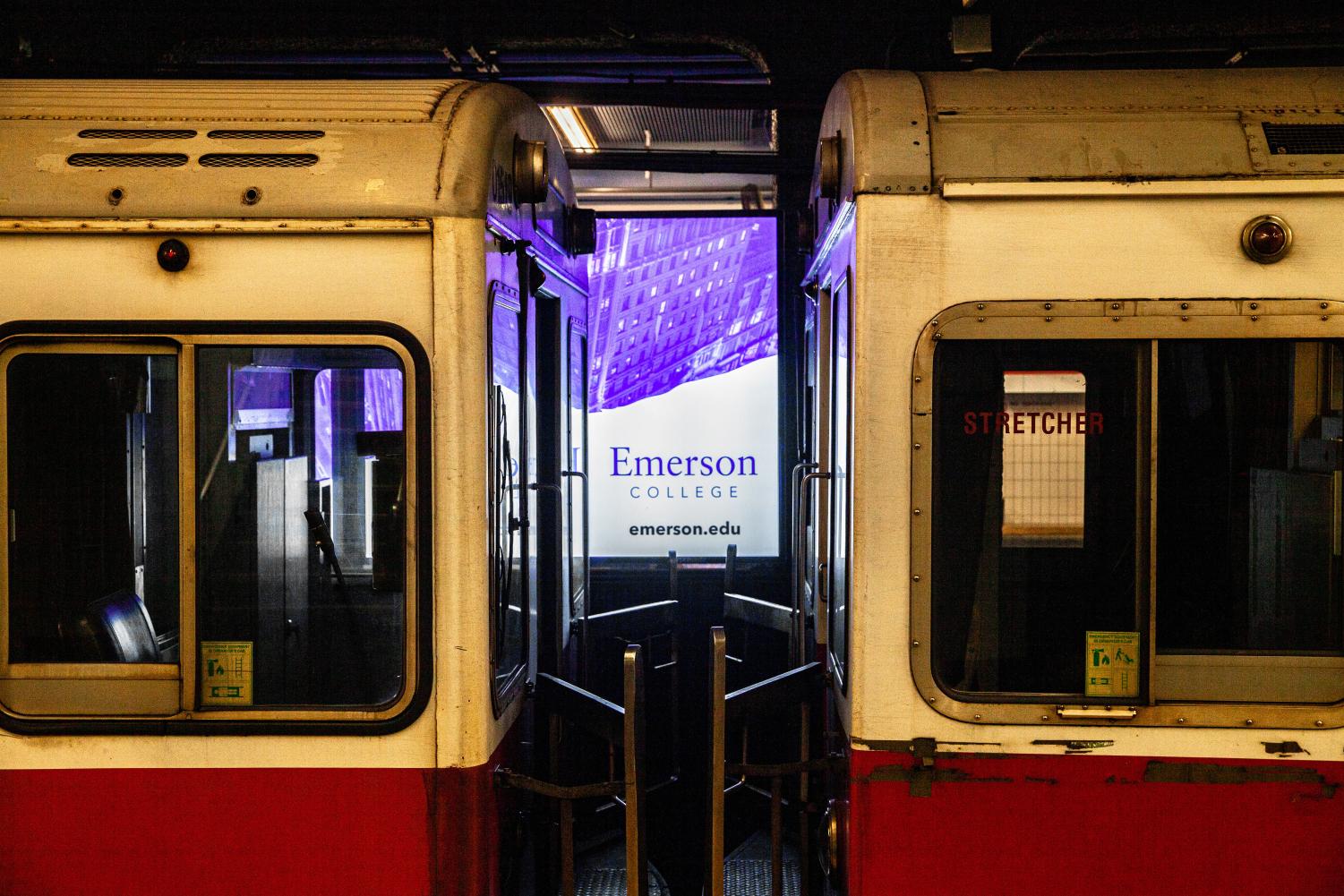 By: Royce B. Ogorman
In: Advertising campaign
Tagged: target audience

An advertisement from Emerson College at the Downtown Crossing station.

The ads, which light up the platforms at North Station, South Station, Downtown Crossing and Government Center, are a new foray for the graduate admissions marketing department. This puts Emerson on a similar stage to other Boston-area institutions such as Suffolk, Tufts, and Boston University, all of which regularly advertise on public transportation.

The choice of location aims to promote the college’s graduate program, which has nearly doubled in the past six years from approximately 700 in 2014 to 1,400 in 2020, to its target audience. Namely, the campaign targets working, commuting and returning professionals, the primary demographic of the graduate program, according to Katie Frank, senior assistant director of marketing and communications for graduate admissions.

â€œWe chose these locations because of the suitability of the marketing and advertising agencies in the city of Boston,â€ Frank said.

â€œThese are awareness ads more than anything,â€ Frank said. “They are an announcement to the community.”

The campaign also marks the first time the college has aired â€œtransit announcements,â€ a common practice among local higher education institutions. However, they reflect the marketing department’s increased focus on digital content.

Since the college has already run ads throughout the year on various social media platforms, streaming services, and other online platforms, Woodson said the MBTA ads aren’t much different.

â€œThe world is digital, students are on digital platforms, so we meet them where they are,â€ said Woodson. “These are all coordinated with this advertising approach in public transport,” he added.

Frank agreed, saying the ads themselves were not limited to MBTA stations, but rather part of a “multi-level campaign.”

â€œWe have the same language as these ads on Youtube, Spotify and Instagram,â€ she said. “It’s the same message just to put it all together in one package.”

Frank also noted that the window ads corresponded to higher traffic on the college’s website, particularly to the pages of the particular degrees that were being advertised.

â€œFor the most part, we’re seeing a pretty positive improvement in our prospects as a university from these different campaigns that we’re running,â€ she said.

Emerson’s ads will continue to run until Nov. 14, Frank said. After a brief hiatus, they will resume on December 27 and continue until February 20 of next year.