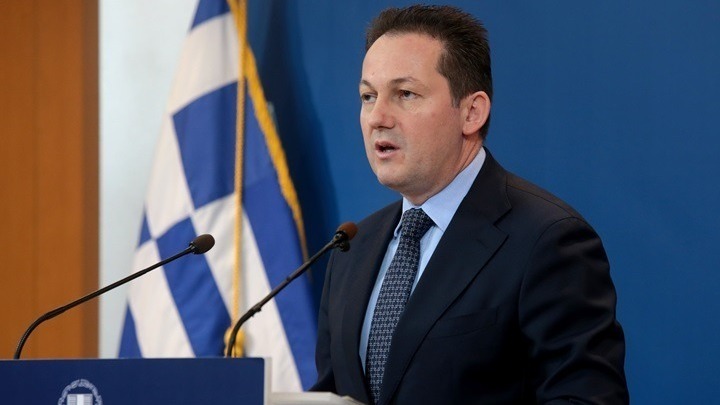 Stelios Petsas, the current Alternate Minister of Interior of the Hellenic Republic and former Deputy Minister to the Prime Minister and Government Spokesperson

The International Press Institute (IPI) today expressed deep concern over the recent decision by the Greek National Transparency Authority (NTA) to ignore a court ruling and continue to block the broadcast of about the politically motivated allocation of public advertising funding to the media during the first wave of the COVID-19 pandemic.

The IPI believes that the NTA’s recent decision has important implications for the right to freedom of information in Greece, as well as for the broader landscape of media freedom and independent journalism, which has been negatively impacted by the management of the 20 million euros of the government “We Stay Home Campaign” in 2020.

As IPI and its Media Freedom Rapid Response (MFRR) partners documented at the time, funding for the public health campaign was distributed selectively and non-transparently. Government-critical media received disproportionately lower levels of advertising than pro-government media, despite the fact that many had much higher circulation and readership.

Some newspapers critical of the New Democracy government have meanwhile been totally ignored for publicity. Meanwhile, of the 1,232 outlets listed on the so-called Petsa list, 200 digital entities are not listed in the country’s online media registry, including inactive or non-existent websites or obscure blogs with few or no readers, as well as media related to ruling party politicians.

At the time, the IPI and MFRR sent a letter to Greek Prime Minister Kyriakos Mitsotakis and Stelios Petsas, the former deputy minister and government spokesman in charge of leading the advertising campaign, raising concerns about what seemed to be the politicized distribution of tax. payer’s money to favorable media. No response was received.

After the scandal broke, the Greek NGO Vouliwatch submitted requests to the government’s General Secretariat for Information and Communication (GGEE) for information on the media included, how much each received and the criteria used by the company hired to administer the project, Initiative Media. These requests were initially denied.

After mounting pressure, the government released the full list of media outlets and the amounts they received. However, the GGEE repeatedly refused to provide documents on the detailed criteria for disbursing the money. It is widely accepted that these documents will demonstrate political influence on the campaign.

After the GGEE again refused to release the information, Vouliwatch appealed. However, the National Transparency Authority, which adjudicates such cases, sided with the government and the documents were kept secret. The NGO then launched legal proceedings in March 2021. Following a legal battle, in January 2022, the Athens Administrative Court of Appeal finally recognized the NGO’s right to access the documents, in a victory major for transparency.

However, on June 7, the NTA informed Vouliwatch that it would not comply with the judgment and would oblige the General Secretariat for Information and Communication to release the documents, citing “professional secrecy”. He also claimed that Vouliwatch had no “legitimate interest” in requesting the information – although this was explicitly acknowledged by the court.

“The refusal of the National Transparency Authority to comply with this court ruling is deeply concerning and has important implications for access to information and media freedom in Greece,” IPI Deputy Director Scott Griffen said. “The public has a right to know how taxpayers’ money has been spent, and it is clearly in the public interest to understand how and why funding has been so unevenly distributed among Greek media during the public health crisis. .

“Continued efforts to keep these details secret only heighten the concerns of international press freedom organizations about Greece’s problematic system for media funding and apparent efforts to use media funding. state to distort the media landscape by funneling money disproportionately to media outlets that support the government.

“The IPI urges the National Transparency Authority to end its obstruction of the process, to recognize the overwhelming public interest in the publication of these documents and to oblige the General Secretariat for Information and communication to provide this information to the public.

“Moving forward, it is also vital that all forms of advertising are distributed through a transparent and accessible process based on objective criteria, rather than apparent political affiliation. If the Greek government is serious about improving the media freedom landscape, resolving this case by finally ensuring transparency and accountability is a good place to start.

Griffen added that the case of Greece was a prime example of the need for a strong European Media Freedom Act (EMFA) that establishes EU-wide rules to ensure transparency and fair distribution. from state advertising to the media.

This IPI statement is part of the Rapi on media freedomd Answer (MFRR), a European mechanism that tracks, monitors and responds to press and media freedom violations in EU Member States, candidate countries and Ukraine.