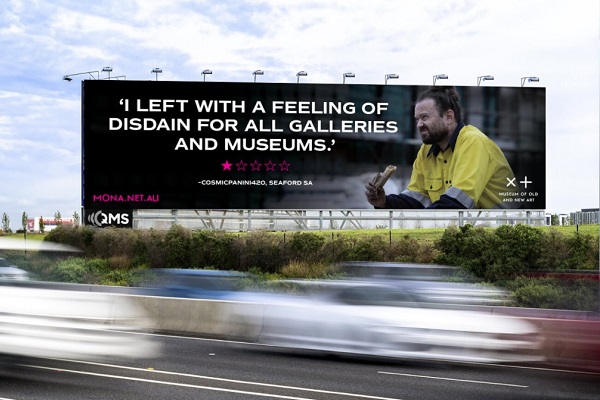 The Museum of Old and New Art in Hobart has launched an advertising campaign featuring the one-star reviews it has received.

the The best of our worst reviews campaign, the Tasmanian attraction’s first-ever branded campaign, reuses the museum’s wildest criticism to promote how MONA and its collections have been confronted and difficult for some past visitors to understand.

Led by a series of cinematic digital videos, the 60-second ad offers a subversive new use of poor reviews and was released despite, as a press release explained, the “contempt for publicity” of MONA owner David Walsh.

Introducing the campaign, MONA Chief Creative Officer Jardin Anderson said, “David may hate publicity, but he likes honesty. And the truth is, some people love Mona, and some people hate Mona. Fortunately, we think all opinions are valid. So valuable, in fact, that we’ll put them on a notice board on Parramatta or Punt Road.

“Mona gets more one-star reviews than the Louvre, on just 10% of visits. David loves this stat. We’re also getting more five-star reviews, but that’s a less appreciated metric.

The quotes featured in the campaign are collated from real-world reviews shared over the decade since MONA opened in 2011, with over 400 incredibly bad one-star reviews from Tripadvisor, Facebook and Google.

The campaign launches this month across social media, on-demand TV, cinema, in-flight and outdoor placements, with a particular focus on the key inbound markets of Tasmania, Victoria and NSW.

Merchandise featuring one-star Mona reviews, as well as an Instagram AR filter, will hit the market in late March. 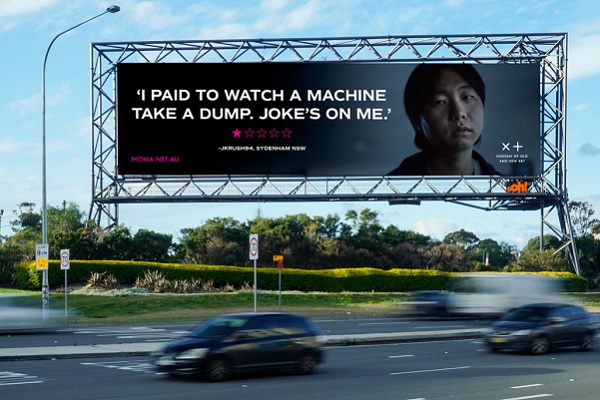 MONA Director of Marketing and Communications, Robbie Brammall, said, “A little advertising spend is a necessary evil as we help Tassie’s tourism industry recover from the impacts of COVID.

“But hopefully we do it the Mona way – a misguided and potentially disastrous way.

“We hope to pay for the campaign in sales of bags and t-shirts.”

March 17, 2020 – HOTA and MONA are closing to prevent the spread of the coronavirus

May 23, 2019 – Feared Tasmania MONA funding could be used as ‘political football’

June 14, 2015 – Tasmanian tourism could grow its business by catering to people with disabilities

Support our industry news service
We hope you enjoy the news we post, so while you’re here can we ask for your support?

As an independent publisher, we need reader support for our industry intelligence gathering, so ask – if you’re not already – to support us by subscribing to the print version. Australasian Leisure Management magazine and/or our online news.