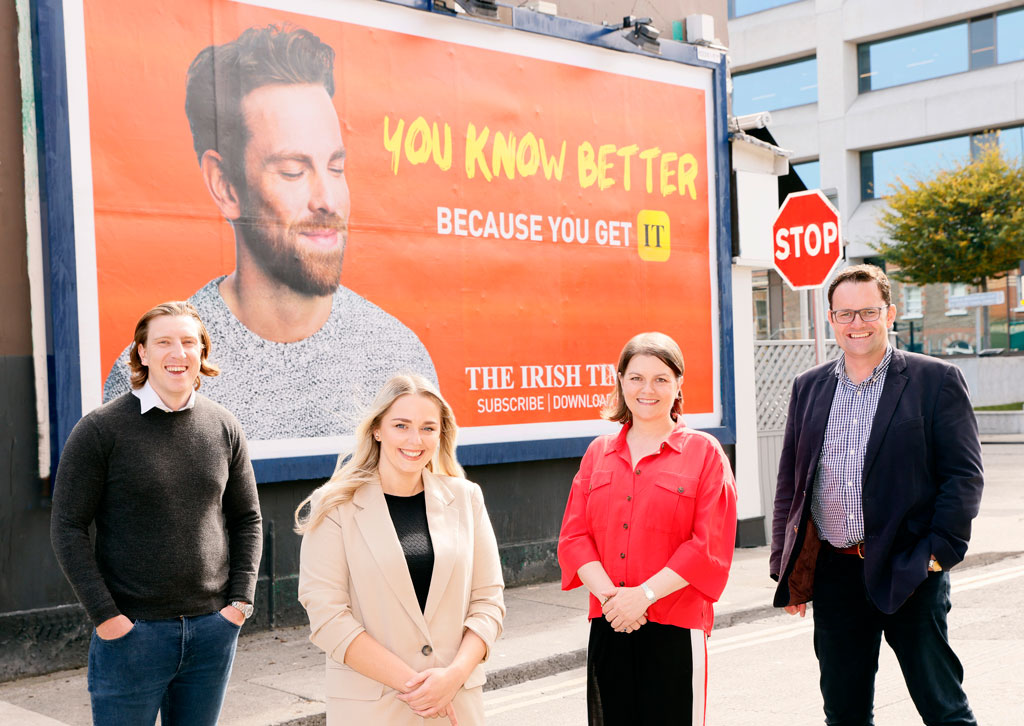 The Irish Times has launched a new advertising campaign that highlights its â€œalways onâ€ positioning.

The new campaign was created in collaboration with partner agencies Owens DDB, phd and Behavior & Attitudes and will be broadcast outdoors, on radio, digitally in addition to the podcast and streaming platforms Acast and Spotify.

â€œOne of the main goals of the campaign is to engage a younger reader and with that in mind the campaign is bold, fresh, colorful and confident,â€ says John Gildea, Owens DDB.

She says the call to action is simple and rooted in a brand truth: “You know betterâ€¦ because you understand computer science.” The double meaning of ‘IT’ of course being both the Irish Times, which its app’s visual identity alluded to, and the public’s deeper understanding of how life works in the real world.