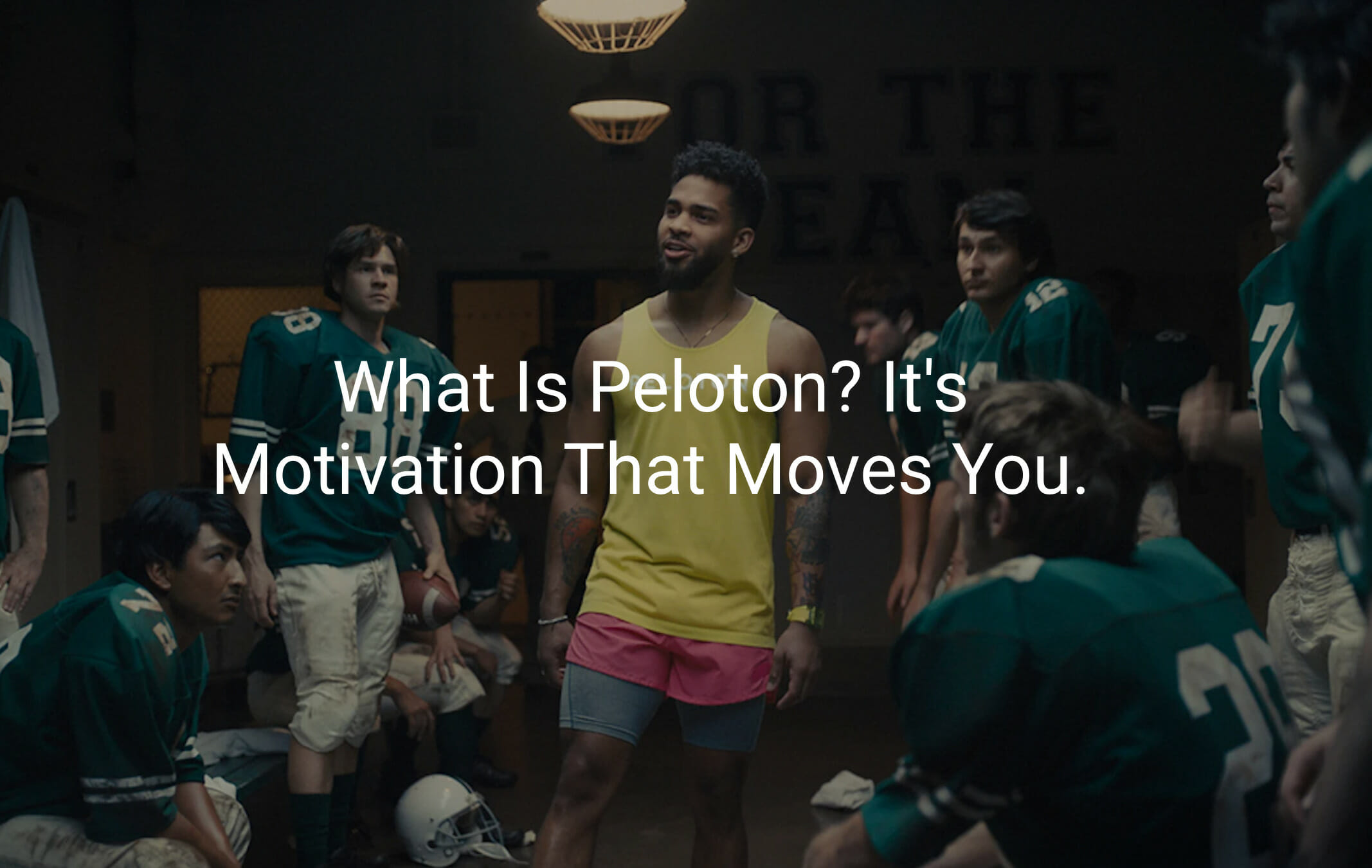 Peloton is launching a brand new advertising campaign focused on its instructors titled “Motivation That Moves You”. You can watch the new spot now on Peloton’s website, or embedded below.

You can watch epic movie moments like these, or you can experience them yourself in a Peloton class. Peloton was created to solve the problem of finding a workout you can stick to, because we create motivation that moves you; classes that are the right blend of education and entertainment for whatever you fancy experiencing. Our Peloton Instructors are the secret to why so many people continue our workouts when so many other workout routines have failed them, and we wanted to celebrate that in our new brand campaign.

Unlike previous ad campaigns which focused heavily on the hardware – i.e. the bike and the tread – this new campaign puts the focus on the Peloton trainers and even injects a bit of humor into it. doing.

Instead of seeing Instructors in the studio, we see them in a variety of classic TV/movie scenarios. Rad talks to a locker room of football players; Adrian speaks at a corporate boardroom; Cody talks about what appears to be a gathering of townspeople in medieval times (including viral quotes from his previous classes – fajitas, anyone?); and Jess talks about what is probably the protagonist of a horror movie.

Viewers don’t see any Peloton devices until the ad’s final seconds, when instructors are taken back to their regular classes and members are shown riding the bike, tread, and using the Peloton guide.

According to AdWeek, Peloton worked with Mother LA on the campaign. Dara Treseder, senior vice president of Peloton and head of global marketing and communications, told the publication:

“One of the things we regularly hear from our members is the powerful relationships they form with their favorite instructors. Whatever their needs, many have go-to instructors who know exactly how to meet them where they are and release that motivation in them. We wanted to put that front and center for the first time and showcase the different flavors of motivation through different instructors and styles.

A press release from Peloton says the ad will air first in North America with 60-second, 30-second and 15-second spots on TV, digital, social and other channels.

You can read more about the “Motivation that Moves You” campaign on the Peloton blog.

Want to make sure you don’t miss any Peloton news? Sign up for our newsletter and get all the latest Peloton updates and Peloton rumors delivered straight to your inbox.

Katie Weicher is a writer for Pelo Buddy. She bought her Peloton bike in 2016 and has been practicing horseback riding, weight training and yoga ever since. You can find her in the ranking on #kweich.