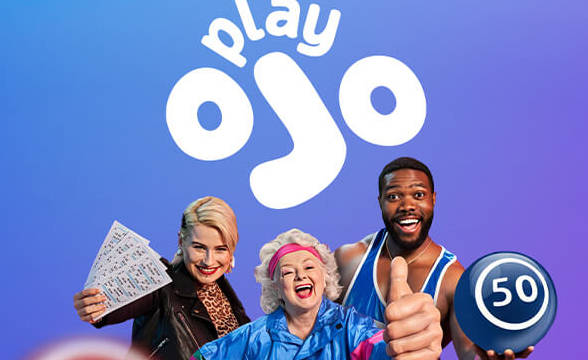 PlayOJO has launched a new advertising campaign designed to increase the brand’s presence in the regulated markets in which it operates, in particular the UK. The company focuses on two specific verticals, namely bingo and casino products, and it has worked with McCann request marketing agency to ensure that the new ad campaign will resonate with target audiences.

The new campaign revolves around “Madame OJO”, which is a unique mascot character created by the company to communicate the iGaming “joie de vivre” which the brand aptly calls the “OJO feeling”. That’s the feeling players get when they access PlayOJO to play bingo or casino games, the company claims.

The campaign is launched with a new slogan, “Feel the Fun”, which aims to further extend PlayOJO’s offer to the public. The casino is ready to push the experience even further by marketing some of its assets, such as the 50 no-wager free spins that are awarded to a player’s account on their first deposit.

There’s cashback on every game and other promotions that make the experience even more fun. The campaign was launched in the UK and is communicated through television and digital platforms, as well as other markets where PlayOJO is available. Then the campaign will be launched in Spain.

Commenting on this Opportunity Global Brand Manager PlayOJO Pierre Bennett said the brand was a destination where placers could have fun and be entertained. Bennett added:

We want PlayOJO to become the famous brand for making the player experience as fun as possible, to do more of the things we know players love.

He confirmed that the company is excited about the new creative approach it has developed in conjunction with McCann Demand to deliver even more engaging experiences for gamers.

In May, OJO clashed with the Advertising Standards Authority who found the company’s “Hot or Cold” advertisements misleading.