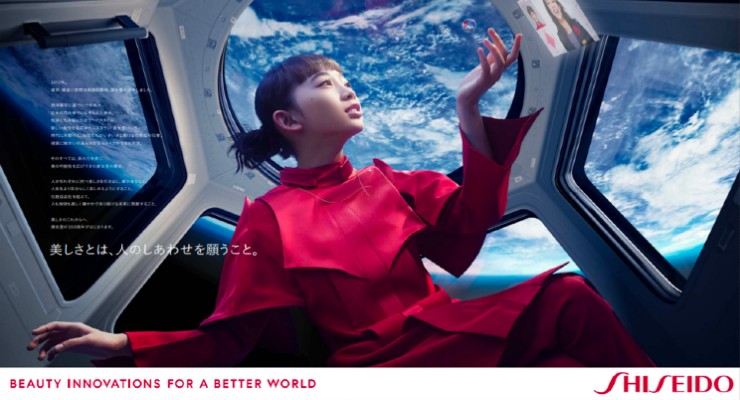 Shiseido celebrates its 150th anniversary with a new advertising campaign

By: Royce B. Ogorman
In: Advertising campaign
Shiseido celebrates the 150th anniversary of its founding in 2022 with a new ad campaign.

The company has created new advertisements that will run in newspapers in Japan on January 5, 2022. The new campaign will communicate the company’s initiatives to create a sustainable world where people can experience happiness through the power of beauty in as part of its mission “Beauty Innovations for a Better World.”

Shiseido’s aspiration is expressed in its new anniversary logo using a fluttering chiffon pattern, signifying the opening of the next era. With a gradation of colors starting with Shiseido’s corporate color, Shiseido Red, the color palette symbolizes “coexistence, harmony and diversity”. Throughout 2022, Shideido will use the 150th anniversary logo on various occasions.

In addition to the anniversary logo, Shiseido’s special 150th anniversary website launched on Wednesday, January 5, 2022. The company will continuously update content throughout the year, including an introduction to its philosophy of company and the latest anniversary-related activities in each region.

Shiseido’s recent global campaign “Power is You” was a huge success, with the campaign video surpassing 18 million views worldwide since its debut last summer.